The Science of Colour

The Science of Colour

Colour can be described as “a light wavelength coming from a light source striking the surface of an object which in turns reflects the incoming light from were it is received by the human eye and interpreted by the human brain.”

Colour is thus dependant on the following: 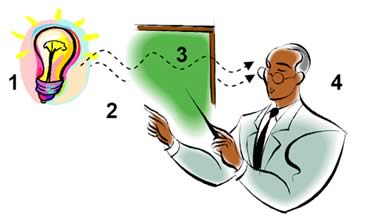 A light soars is required for the human observer to be able to perceive shape and color. This is why you cannot see in the dark. The sun is the most common light source followed by fire and electric/artificial lights.

Light comprise of electronic waves that move through the air like ripples in a pond. Light might appear white but it actually comprises of different wavelengths with different colours. The colours of a rainbow are a typical example of the total visual spectrum that combines to give white light. 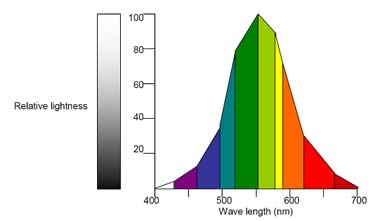 The yellow and green wavelengths register the highest on the lightness axis. Thus a person with normal vision will register yellow and green first because they appear brighter. Red and violet is the most difficult to perceive.

in front of the retina making an object appear smaller and further away than it really is.

Green light has only a slightly shorter wavelength than yellow which, results in the wavelength being

focused at a point slightly in front of the retina making an object appear marginally smaller and further away than it really is.

Yellow light’s wavelength is of such a nature that it is focused directly on the retina, and so appears neither to advance nor recede. Yellow objects

appear at the same distance as they are.

ppear larger and closer than it really is.

How do we perceive a red object as red?

How do we perceive a white object as white?

A white surface reflects the entire colour spectrum which combines to produce white.

How do we perceive a black object as black? 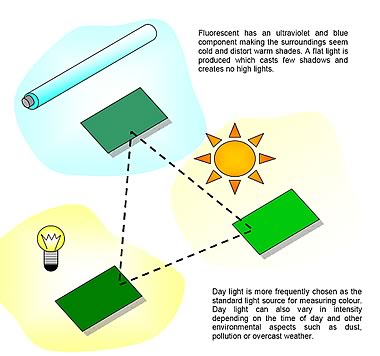 Incandescent tungsten bulbs tend to give off more red lights and seem yellow. This in turn can distort cool shades dulling down greens and blues. Incandescent tends to make Reds, Pinks, Yellows and Neutrals look warmer. If a colour appear vastly different under different light sources it is described or termed as being metameric. Colours most likely associated with metameric problems include taupe, mauve, lilac, tan, celadon, grey/blues and greys.
Important note An objects colour appearance is influenced by the quality of the light it is seen in. Different pigmented substances will react differently to different light sources. Artificial light have a colour bias and will have an influence on the colour scheme.

Day light also changes in colour and intensity as the suns latitude changes. 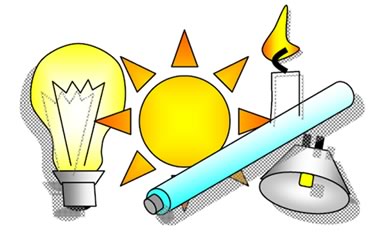 The Largo recipe screen displays the colour tolerance values in three different light sources. From the values given it can be assessed if the particular colour will be similar or different under the three main light sources namely, daylight, tungsten, and fluorescent.
The values provided in the remarks square are termed the DE tolerance values and denotes how good a recipe match conforms to a fixed colour standard. A value of 0.0 is a perfect match where as a value of 1.0 is termed to be a reasonable match.

In this example it can be seen that the values are reasonably similar across the three different light sources namely day light, tungsten and fluorescent. A drastic metameric colour would have DE value differences of 0.2, 1.5, 0.5. 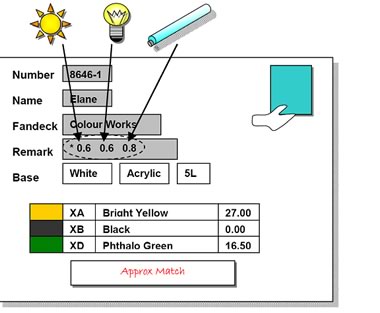 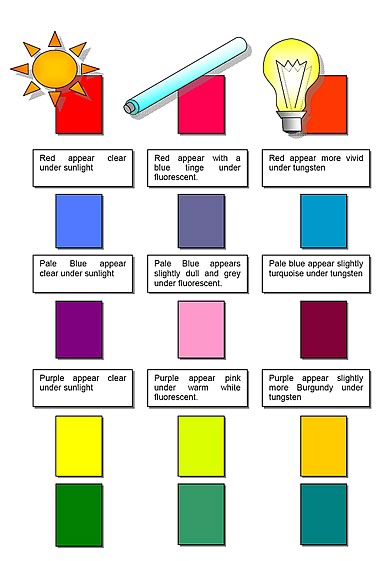 A building’s orientation relative to the sun’s trajectory will determine the quality of light a room will receive during day time.
East facing rooms will receive a warm yellow sunlight before noon, while north facing rooms will experience warm orangy yellow light most of the day and a west facing room will receive a warm orangy red sunlight in the afternoon. The red-orange hue light quality of morning and evening sunlight can be attributed to the suns trajectory. The suns low trajectory results in light travelling through a longer distance of the earths dust filled atmosphere resulting in the shorter wavelength being blocked allowing only the longer red and orange light waves from reaching the observer.

South facing rooms will receive no direct sunlight but rather a cool diffused blue light for most part of the day. 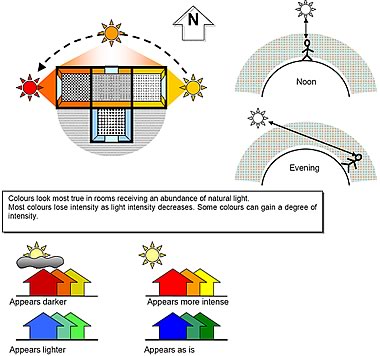 The environment also termed the surroundings around the observer, object and light source can influence an objects colour. Light waves are bent / refracted when it inters media of different densities. This slows down the light waves thus ultimately changing the colour and intensity of the original light waves. 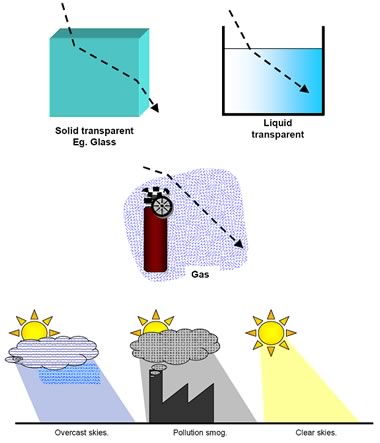 4. Colour Illusions. The Affect Colour Has On Colour When Used In Combinations.

Colour is not seen in isolation as the human mind is constantly comparing and evaluating his surroundings. The human mind cannot memorise colour on an absolute basis but judges its intensity and hue against surrounding colours. The following example illustrates that the inner blue green square can either be influenced to be perceived as being greener or bluer depending on its surroundings. This phenomenon is called contrast amplification. The brain tries to distinguish between the two hues by separating the hues. The colours tend to move away from each other. This effect is more prevalent with hues that are closely related. 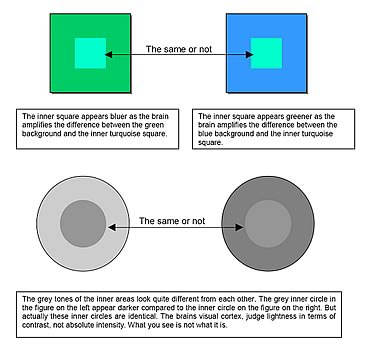 It can be seen in the following diagrams that the inner orange square appear different in intensity and size when used against different coloured backgrounds. 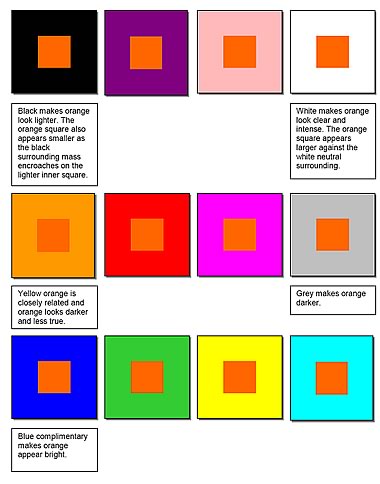 The red cushion appears more intense against the green sofa as the two colours are contrasting compliments of one another.

The phantom effect (Simultaneous Contrast) is even more insidious when an observer looks at greys and neutrals (achromatic) placed next to purer (chromatic) colours.

In the above example the grey cushions on the yellow sofa appear purpler as it takes on the compliment of yellow which is purple.

The eye requires the complementary hue of any colour it sees, and this tainting of on colour by another adjacent area of colour is known as Simultaneous Contrast or the phantom effect. The effect is more insidious when an observer looks at smaller areas of greys and neutrals (achromatic) placed next to purer (chromatic) colours. If you have green next to grey, the grey becomes a reddish grey, Purple makes grey yellow – green and Yellow makes grey appear more blue. 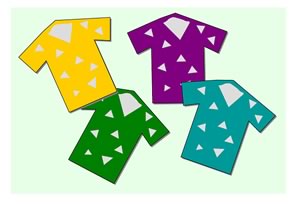 5. OBJECT SURFACE
The surface of an object holds fundamental characteristic that determines colour. Paint in its various chemistries is the most widely used means of altering surface appearance. Paint comprise of coloured pigment particles and binder which holds everything together.

How does surface profile or texture influence the appearance of colour? 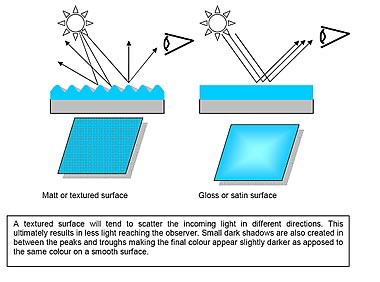 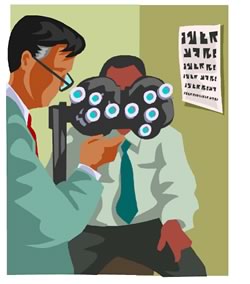 Even if the object, light source and environment were equal, colour can still be perceived differently among people.

The following aspects associated with the human observer influences the way we perceive colour:

Sex; Females are generally neurologically better adapted in distinguishing colour.
Age; Mans ability to distinguish colour declines with age. With old age the eyes lens gradually looses flexibility and the pupil size shrinks, permanently calling for more brightness. A 50 year old will get less light out of a 100 watt bulb than a 20 year old with average eyesight will get out of a 75 watt bulb. This reduction in light reaching the eyes photoreceptors will make colours appear dimmer resulting in a moderate yellow appearing brownish and a dimmer blue will appear black. The older eye lens and cornea also yellows and darkens. Yellowing selectively blocks short wavelength light, so blues look darker and thus elderly have difficulty in discriminating colours with a blue content. Warm colours also appear warmer due to the yellow bias of the eyes lens.
Reference; Ones culture / back ground and education have a direct influence on our exposure to colour. Not the ability to distinguish, but more the ability to describe and relate.
Physiologically; Humans are not identical. Colour deficiency affects approximately one in every 12 men as apposed to one in every 200 woman with the same disability.

This article was written by ICC (Pty) Ltd to the best of their knowledge and understanding at the time it was prepared. Neither ICC (Pty) Ltd nor Warrior Paints & Coatings (Pty) Ltd may be held liable for any incorrect or outdated information.

Warrior Paints produces World Class paint and coatings which are sold via our distribution centre and specialist franchised stores. Select independent hardware stores provide additional sales points for our growing base of loyal consumers. Our motivated employees provide our consumers with outstanding service and expertise.

All photos and material: Copyright © All Material Warrior Paints